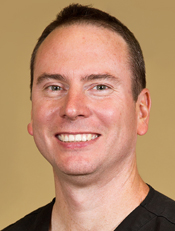 Dr. Jeff Phelps has extensive training in spine surgery, diseases of the spine and orthopedics. He received his B.A. from Southern Methodist University in Dallas, Texas in 1995. After graduating he went on to complete four years of study at the University of Texas Health Science Center in San Antonio and received his medical degree in 1999. Dr. Phelps also did his residency at the University of Texas Health Science Center and was a member of the Department of Orthopedics from 1999-2004. Dr. Phelps completed a fellowship in Los Angeles where he focused on minimally invasive spine surgery, disc replacement and scoliosis surgery. In 2006 he returned to Texas and founded Spine Works Institute.

He is the author of “The Relationship of Fracture Toughness and Microstructural Anisotrophy of Bone,” which he presented at the 17th Southern Engineering Conference. He has won numerous awards, including the Charles Rockwood Award for Excellence in Orthopaedics, Alpha Omega Alpha, and 1st Place in 2004 from the Texas Orthopedic Association for his presentation “Acutrak Fixation of Jones’ Fractures.” Dr. Phelps is a member of the Texas Orthopedic Society, Alamo Orthopedic Society, and North American Spine Society. He is Board Certified with the American Academy of Orthopedic Surgery. He also is a licensed private pilot and has his PADI Scuba Diving certification.

Dr. Joshua Hay has extensive training in a multidisciplinary approach to pain management and musculoskeletal care.  He received his B.S from Texas Tech University graduating magna cum laude in 2001.  He then attended the University of Texas Medical Branch in Galveston, where he received his medical degree in 2006.  Next for Dr. Hay was training in physical medicine and rehabilitation at the University of Texas Health Science Center at San Antonio, completing his medical residency in 2010.  During this time, he served as chief resident of the physical medicine and rehabilitation department elected by peers and faculty from 2009 to 2010.  Dr. Hay remained in San Antonio and completed a fellowship in pain management in 2011.

With this training, Dr. Hay is an expert in a multimodal approach to pain management including injection procedures and medication management allowing for individualized treatment options. 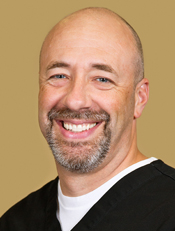 In 2009, Brock began working with Dr. Phelps assisting in surgery, seeing consultations in the hospital and treating patients in clinic.

Spine and Back Specialist Dallas-Fort Worth, Make an Appointment Today

Fill out my online form.